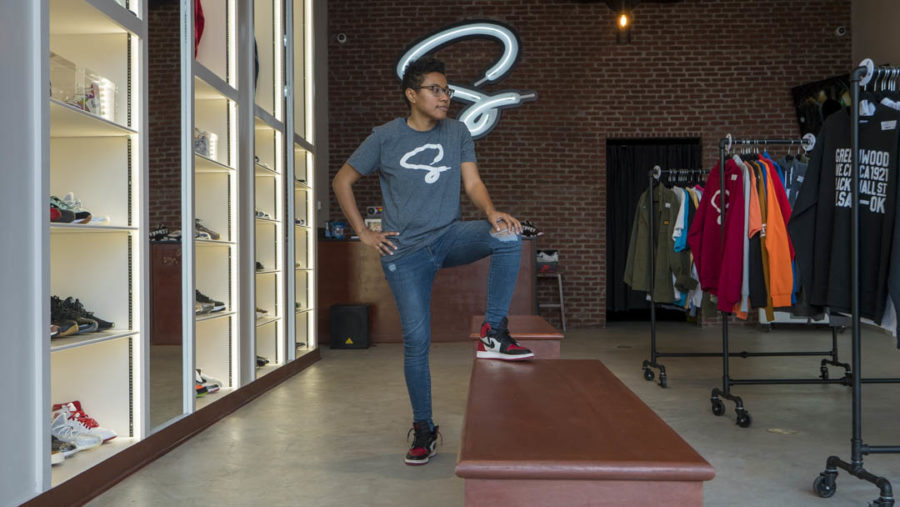 For my first proper Uncovering Oklahoma episode for 2020, I traveled to Tulsa where I interviewed Venita Cooper of Silhouette Sneakers & Art. Silhouette is a retail experience where fashion, art, and community converge. In my interview with Venita, she shared the story behind her passion for sneakers and her goals of becoming an inclusive space in Tulsa.

As part of my goal to improve the quality of my episodes this year, for the first time, I’ve released this video in 10-bit 4K HDR HLG. In the past, I’ve typically released episodes in 8-bit 1080p SDR as 4k felt like overkill, plus it allowed me to crop the video without losing quality. This year, I’m also doing interviews with at least two cameras. There are new graphics to go with the new year. Basically, I wanted to flex my skills and be better so I hope you enjoy.

Visit Silhouette Sneakers for yourself at 10 North Greenwood Avenue Suite C (facing Archer) in Tulsa or their website at SilhouetteTulsa.com

Thank you to my supporters on Patreon for helping to make Uncovering Oklahoma possible! Big thanks to superstar supporters: Lynn and Steve Keller-Kenton Family and Revolve Productions. 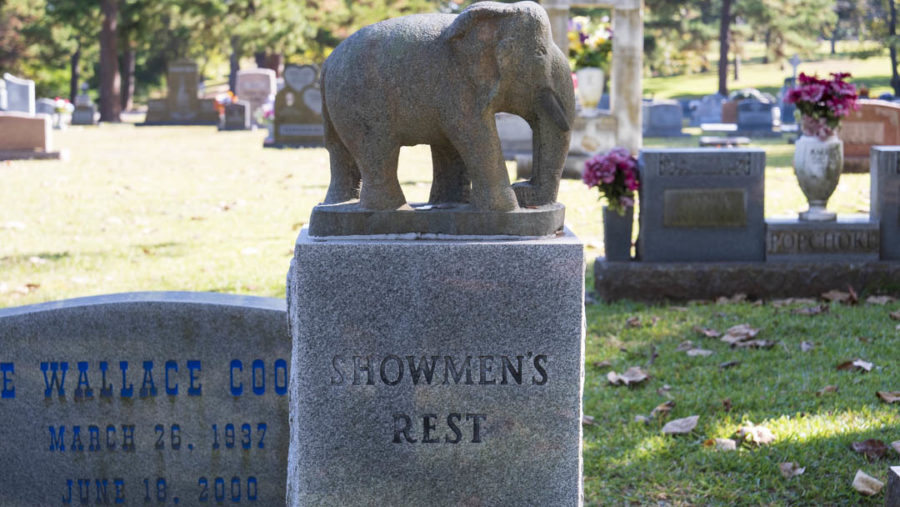 “A tribute to all showmen under God’s big top,” Showmen’s Rest is a cemetery plot dedicated to circus performers. In 1960, D.R. Miller purchased a section of the Mount Olivet Cemetery to memorialize his sister, Kelly Miller, and other circus performers.

Hugo earned the nickname “Circus Town, USA” as it was a popular winter headquarters for traveling circuses starting back in the 1930s. You can find Showmen’s Rest in Mount Olivet Cemetery in Hugo, Oklahoma. The section is outlined with elephant monuments.

I shot this footage back in November on our way home from my wife and I’s anniversary trip in Broken Bow. We passed through Hugo to check the cemetery as it’s been on my list to visit for a long time. I wasn’t sure what to do with the videos as I didn’t have any interviews to go with them, so I made a one-minute introduction primer story for social media. Over at Uncovering Oklahoma, I included some photos as well as stories by others for those that want more information. 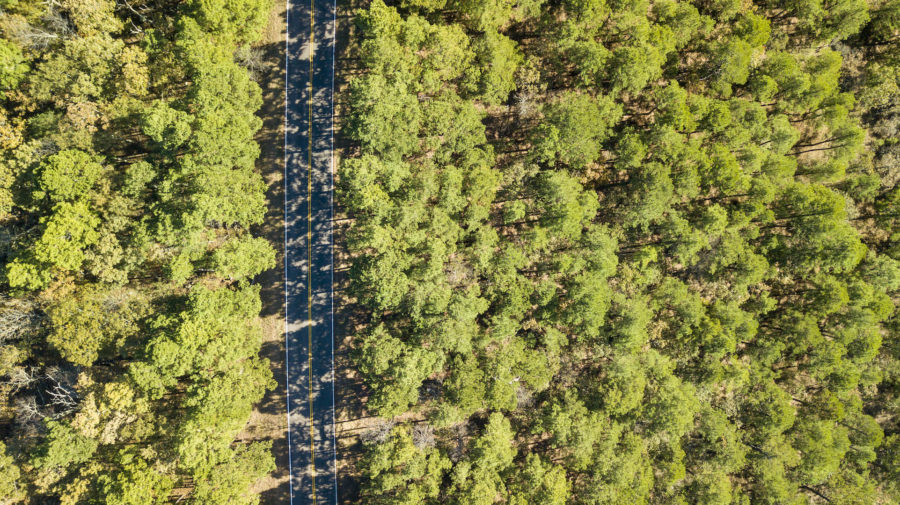 It’s time for my New Year’s Eve tradition of reflecting back on the year. I like to start off with some numbers in regards to my accomplishments.

Before I talk about how each of the series did, I want to note that this year I made a big step toward my TV studio goal. I bought live-streaming equipment and started live-streaming shows! I got familiar with the equipment thanks to Startup Grind OKC as I live-streamed those fireside chats. I also filmed shows with a live audience!

Since Uncovering Oklahoma was my biggest project for the year, I’m going to start off talking about that series.  Here were the top ten most viewed videos on both Facebook and YouTube. This list only includes videos that were made in 2019.

Same deal as last year, YouTube count is based on views while Facebook is from minutes watched. I upload episodes directly to each platform for maximum reach. My total minutes watched from all videos (includes previous years) via Facebook was 107.1k, which was up 3.8 % from the previous 365 days. As for Uncovering Oklahoma’s YouTube analytics: Totals views: 61.2k (up 49% from 2018), watch time in hours: 2.5k (up 62%), and 351 new subscribers (up 81%).

I released a feature documentary, Welcome to the Plaza Walls, which premiered at the Tower Theatre on April 15, the ten year anniversary of Uncovering Oklahoma. It was a wonderful treat! After some feedback at the screening, I made some changes and released it for free shortly after. It was the only feature documentary I made during the year, other than a compilation for Amazon Prime. My focus has been weekly episodes.

My collaboration episodes included Creative Burgers Vol 1 and 2, Black-Owned BBQ Restaurants, Oklahoma State Fair Food 2019, Zero-Proof Cocktails, The Collective, Streetcar Ghost Stories, Parlor OKC, and Downtown in December. All of the collaborations were a hit. I was inspired by how well the ones I did in 2018 that I had to do more in 2019 and I plan to be doing even more in 2020.

There’s been so much to cover that I started releasing videos on Tuesdays in addition to my Thursday videos. The ones one Tuesday were more time-sensitive, such as event coverage and artist statements. I renamed the Tuesday Treats feature to Creator Conversations and moved it to Wednesdays.

Website traffic is down again this year, however, video views and social media engagement is up, so I’m happy. I want people to watch the videos more than I want them to visit the website.

Tales Unveiled took off in popularity this year. Episode download averagers for the first season were 2oo to 300 while the second season averages were over 1,000! We were featured on Stitcher, Oklahoma Gazette, and Oklahoma Today, which you can read about that coverage here.

The most downloaded episode was Creepy Conversations with 2,167 downloads, The Return to Chandler came in second with 2,160 downloads, third was The Ritz of Shawnee at 2,008, fourth was The Tombstone Tales of Enid at 1,746, and fifth was Embark on a Ghost Streetcar Tour at 1,571.

Taking advantage of my new live-streaming setup, I reinvited the series as a talk show hosted by Pallas the Librarian. We started the new season in March, doing monthly live events for six months. The show didn’t take off in popularity but the series was well received. Pallas has been an amazing host. All of the guests have enjoyed their time on the show. Plus, I learned so much from producing it. I’m taking the knowledge I’ve gained to make a better season for 2020.

A new series! Art & Victory is a panel discussion series for creative entrepreneurs. Themes range from industry-specific discussions to more broad topics for all creatives working to make a living with their art.

Due to the lack of good wifi at the venues, I wasn’t able to do this a live-streaming show, but I did do it with an audience. Another step closer to the studio goal!

After not making any in 2018, we made four stories in 2019. We enjoy making these super short films and I’m determined to keep getting better. I had a goal of releasing one a month, but when my other series started to pick up, Quarter Minutes fell through the cracks. With as much as I do, perhaps one every other month or every quarter would be a more realistic goal for 2020.

These were my most played songs in 2019 according to Spotify, which is how I mostly listen to music. Keep in mind I will often put a song (or playlist) on repeat when writing or for inspiration sessions. It’s all good fun.

For Uncovering Oklahoma, I’m going to start releasing videos in 4K HDR. I’ve released videos in 1080p simply so I could get creative with my framing, but I want to flex my skills. I recently got an HDR computer monitor and I’m in love with HDR. My Panasonic GH5 is capable of shooting 10-bit HDR, but I never really used it until recently. I know it’s going to be overkill, but this move will be more about producing higher quality content.

I want to take Yes! Science! to the next level. I want to build an elaborate set and up the overall production quality. I would also love to get it on a major streaming service to fund the series so I can bring out of state guests.

For our third season of Tales Unveiled, Jeff and I are going to continue traveling the state for ghost stories. We are planning to start recording in January this time as Jeff is still working on his ghost stories of Oklahoma book, which he plans to release in the fall.

I’ve been picking up more freelance work and I’m worried that will take away time from all my shows, but I need the money to make those shows happen. On the subject of balance, I’m getting better at balancing everything I do.

In my past end of the year recaps, I talked about my books and how those are so close to being done but never get released the following year. I have written out Intertwined by Cracks, which has undergone some major changes this year and needs some more work as the last feedback I received was that the story moved too fast. Collecting Cassie’s Soul, the sequel to The Crashing of Heaven and Hell, has been finally written out all the way! I’ve also been working on a third book this year, but not much as the other two have been my main focus.

I’m looking into starting a political satire series in 2020. Been learning what it takes to do a live show in 2019.

There are some random things I want to do: create some interactive public art piece, film a Borderlands short fan film out in the Little Sahara, write weekly short stories, make a feature-length horror movie, film something out of state, make a scripted mini-series, do a space drama podcast, take more artsy photographs, do a big New Years Eve special show for those that want to stay home, and get some famous women on Yes! Science!

I feel so inspired. There’s so much I want to do. Seriously. So much I want to create. I want to thank you for following and if you want to support these amazing endeavors of mine, join me on Patreon. 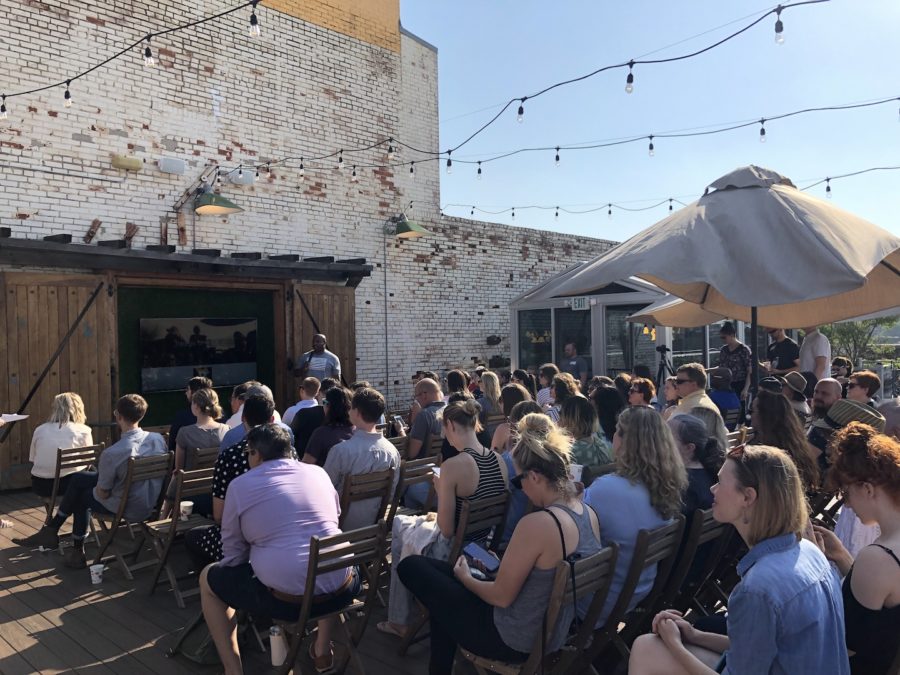 That’s part of the manifesto of the global creative community meetup, Creative Mornings. In this Uncovering Oklahoma short, Heady Coleman, Andrea Fillmore, and Quint from the Oklahoma City chapter share reasons you should attend Creative Mornings and what the monthly event is all about.

I’ve been sitting on this footage since May. I had planned to release this story back then, however, when I went to edit it, I realized that I never really recorded b-roll footage of past Creative Mornings sessions. I haven’t been able to attend any sessions until the December one. I put this video together because I’m starting 2020 with a new look for the series and I wanted to clear out some older content.

If you want to attend Creative Mornings for yourself, the Oklahoma City chapter hosts an event once a month on a Friday. Every month features a different speaker at a different venue. Tickets are free but are limited. I recommend that you head over to the Oklahoma City page at creativemornings.com/cities/okc and subscribe to the newsletter to be notified of upcoming events. 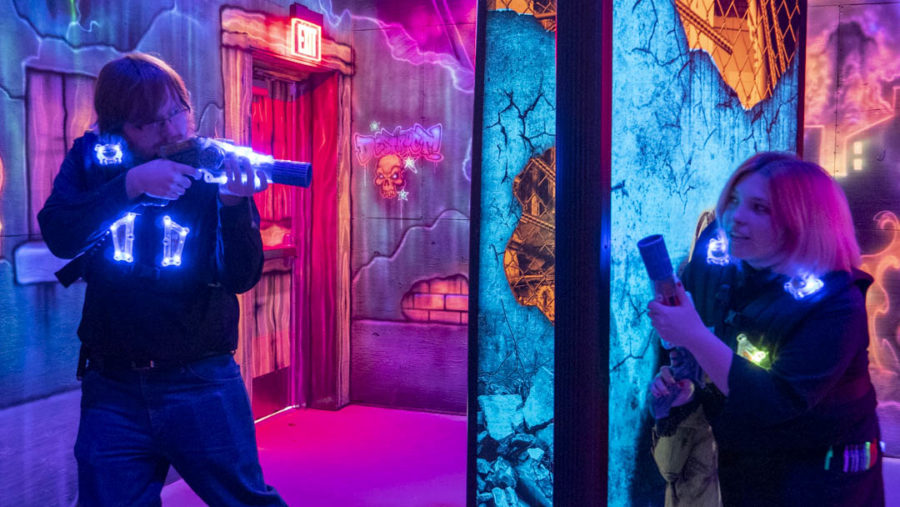 I would say their bowling, laser tag, and virtual reality are the main attractions in that order. They have about a dozen arcade games, so if you’re going there just for that, you may want to consider adding another activity. According to Kyle, they were the only place in Midwest City with virtual reality.

Another great thing about Altitude 1291 is everything is all indoors, which is perfect for these winter months. I recommend them for a date night. They’re next to the Warren Theatre, so you can do both.

You can visit Andy’s Altitude 1291 for yourself at 6235 SE 15th Street in Midwest City, near 15th & Sooner. For hours and more information visit their website at altitude1291.com