Tag: Welcome to the Plaza Walls 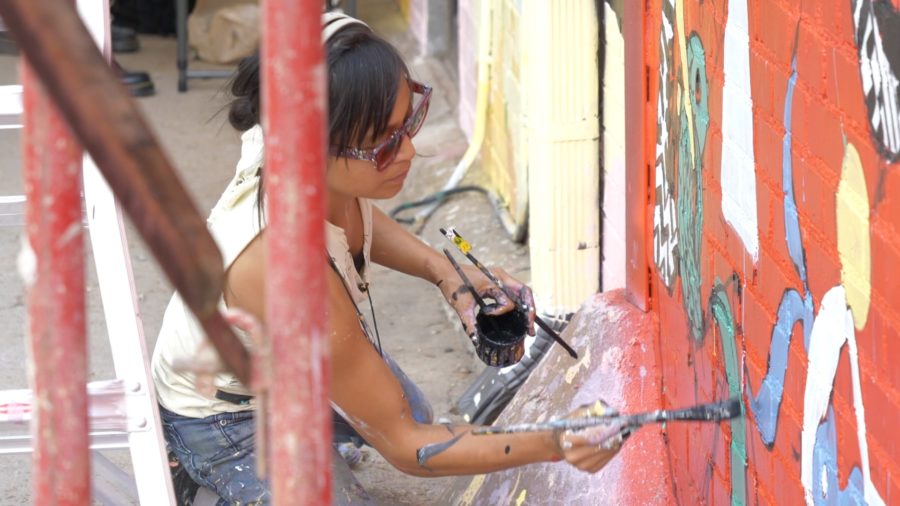 Welcome to the Plaza Walls

Welcome to the Plaza Walls explores the history, the challenges faced, and the community benefits of the curated outdoor mural exhibition known as the Plaza Walls in Oklahoma City. The 30-minute documentary special includes interviews with artists, project managers, and supporters.

I’m excited to finally release this documentary today, which you can enjoy for free via YouTube in 4K with English Closed Captions. I’ve been filming the development of this project since it started back in 2015, so there’s footage throughout the years. There are even a few shots that I filmed last week in it! Yes, this has been an on-going project.

On Monday, April 15, 2019, the ten year anniversary of Uncovering Oklahoma, I premiered Welcome to the Plaza Walls at the Tower Theatre. Doors opened at 6 pm with the movie starting at 7 pm. In addition to the screening of the documentary, there was a showing of short films from Quarter Minutes, Plaza Walls merchandise for sale, and a Q&A session with Kris Kanaly and Dennis Spielman. Tickets were $10 with proceeds benefitting the Plaza Walls/Oklahoma Mural Syndicate.

After the screening, a few things were brought to my attention and so I’ve made some last minute additions and changes. I was planning to release it later that week, but it was important to delay the film to polish the story.

What I learned from my previous feature-length documentary, Inviting Art, helped shaped this film. When I set out to make Welcome to the Plaza Walls, I had a film length of 30-minutes in mind. One of the critiques I received from OETA when I submitted the 60-minute version of Inviting Art was the feeling of content redundancy, with many people making the same point over and over. Once I edited Inviting Art down in half, that version was loved.

I strived for balance, diversity, and the right amount of people in this film. With the exception of Robbie Kienzle, no one else from Inviting Art was interviewed (although they had appearances) to make this fresh. (Both Robbie and I agreed that her interview for this film was better.) For each interview, I spent about 20 to 30 minutes talking to them about the Plaza Walls, giving them the questions in advance. I pulled out the best of the best of what each person said. Keeping content mining in mind, I also made brief artist profile videos. This allowed me to tell a bigger story, without making a long film. Plus, the minute-long artist profiles helped promote the film.

One of the favorite chapters that I’ve heard people tell me was the fake origin stories. The audience loved them at the premiere. Going forward on future documentaries, I want to incorporate more story-telling elements. Perhaps a mockumentary?

On the subject of what’s next, I’m going to focus on my books and shows. For season two of Tales Unveiled, Jeff and I going to be traveling throughout the state for ghost stories. There’s also Yes! Science! and Art & Victory. I’m working to get my books, Intertwined by Cracks and Collecting Cassie’s Soul, published this year. I got projects to keep me busy.

If you loved this documentary and want to help me make more films, support me on Patreon. You’ll get early access to new content, behind-the-scenes videos, and other goodies. This documentary wasn’t sponsored or paid for by anyone other than the support of my patrons.

I hope you enjoyed the movie! Be sure to visit the Plaza Walls for yourself as it’s always changing!

Exporting New Orleans style cuisine to Oklahoma City, Bourbon Street Café (formally Jazmo’z) specializes in seafood, steaks, pasta, and cocktails. With an atmosphere great for both intimate dates and casual drinks along the Bricktown canal, Bourbon Street Café is a fun place to be for any occasion.

Huge thanks to Daniel Austin for providing most of the b-roll for this video. It was a huge time saver.

Bourbon Street Café is located at 100 East California Avenue in Oklahoma City. For more information, including menu and hours, visit their website at bourbonstreetcafe.com

Jazmo’z was part of my very first episode of Uncovering Oklahoma, which was about the Downtown and Bricktown districts. If you want to watch my original video from ten years ago, I’ve included it above. The segment starts at around the 8-minute mark.

In other news, Welcome to the Plaza Walls will premiere at the Tower Theatre on Monday, April 15th! Tickets are now available for $10 and proceeds will benefit the Plaza Walls project. The documentary will be available to buy/rent/stream with Prime on Amazon on Friday, April 19th.

I’m working on getting Monday’s Art & Victory show online, so stay tuned for that. Today, my documentary, “Yes! Women in Science!” is making its film festival premiere at The WIFI Film Festival in Topeka, Kansas. My wife and I are driving out to the festival tomorrow night as they will be showing the movie again on Saturday and I’ve been invited to the awards ceremony. 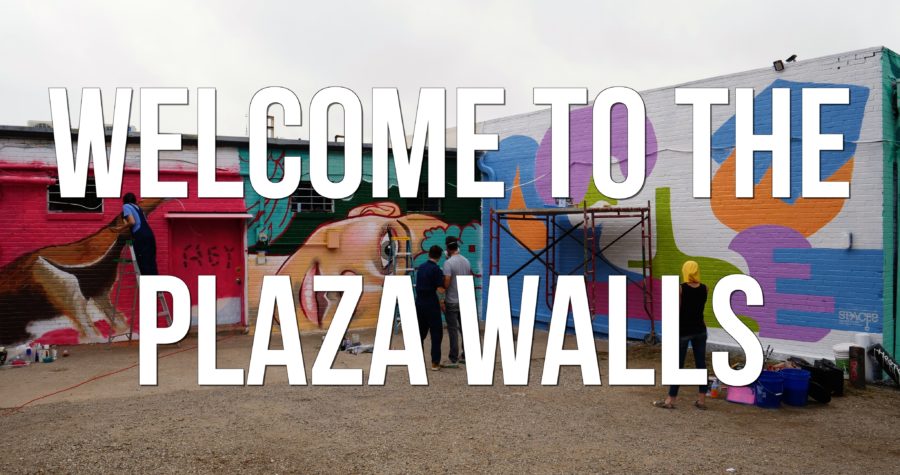 Welcome to the Plaza Walls Trailer

Welcome to the Plaza Walls explores the history, the challenges faced, and the community benefits of the curated outdoor mural exhibition known as the Plaza Walls in Oklahoma City. The documentary includes interviews with artists, project managers, and supporters.

On Monday, April 15th, the ten year anniversary of Uncovering Oklahoma, I will be screening the movie at the Tower Theatre! Doors open at 6 pm with the movie starting at 7 pm. In addition to the screening of the documentary, there will be a showing of short films from my Quarter Minutes series, Plaza Walls merchandise for sale, Q&A session, and a raffle to win prizes.

Get your tickets now for $10. Proceeds from ticket sales will benefit the Plaza Walls/Oklahoma Mural Syndicate.

The documentary will be available on Amazon for streaming and BluRay on Friday, April 19th.

I hope to see you at the premiere watch party!