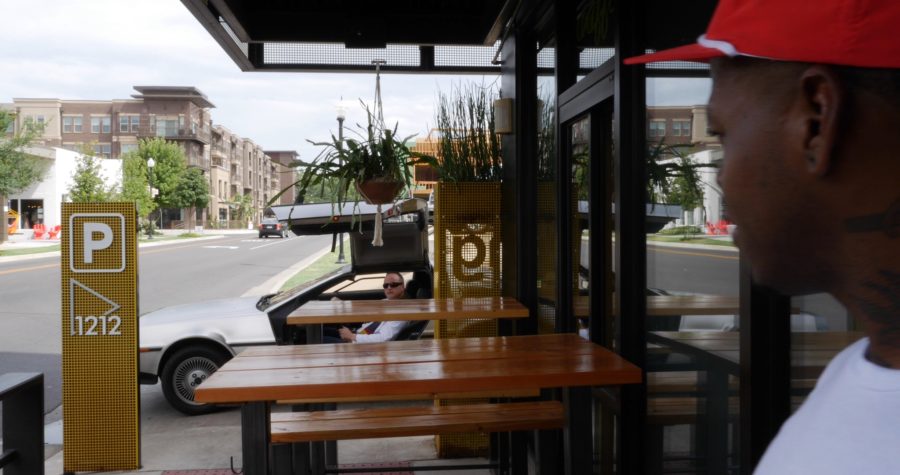 This week’s episode of Uncovering Oklahoma starts off with an interview with hip-hop artist, Jabee. Jabee discusses his new album, Black Future, and the challenges he faced when making the album, what inspires him, where he go with a time machine, and this one time he went into the future. The short film with Jabee has parodies and easter eggs referencing to Back to the Future, Doctor Who, and The Terminator. For more Behind the Scenes on this short, read this post.

One of Jabee’s favorite places to eat is Empire Slice House in Oklahoma City’s Plaza District. Owner, Rachel Cope talks about their New York style pizza, their unique atmosphere, and what makes their pizza great. During the interview, the sunlight changed on me, washing the interview out a bit, but I managed to color correct it to save it.

Want to watch only the short film, Bleak Future, starring Jabee? I’ve included it above. The story follows Jabee as encounters a time traveler who shows him a dangerous future he must prevent. The stand-alone short features its own special credits while the interview video has the bloopers at the end.

Kendall’s Restaurant and The Screen Door