Yesterday, I finally got to do my short comedy video and interview with local hip-hop artist, Jabee Williams. We had actually planned to do this a few months ago, but the release of the album got pushed back and so we pushed back our filming. His album, Black Future, will be released Friday, August 12th.

The premise of the video follows Jabee being picked up by a time traveler to show him a dangerous future he must prevent. It has easter eggs and parodies of other time traveling stories like Back to the Future, Doctor Who, and Terminator. 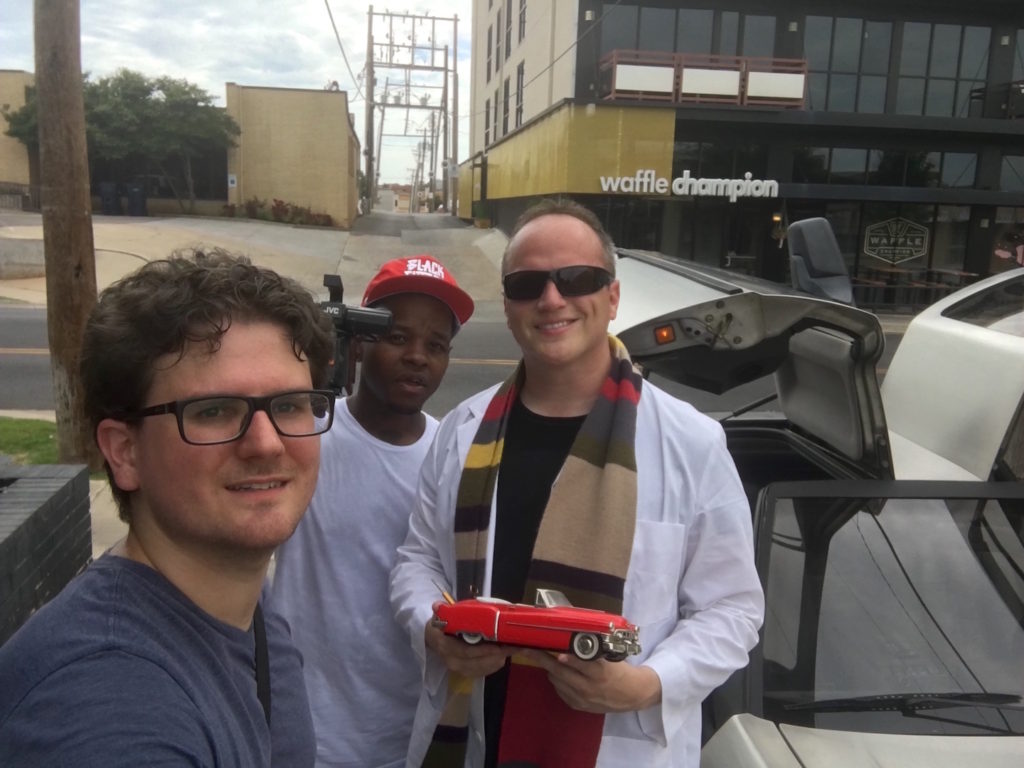 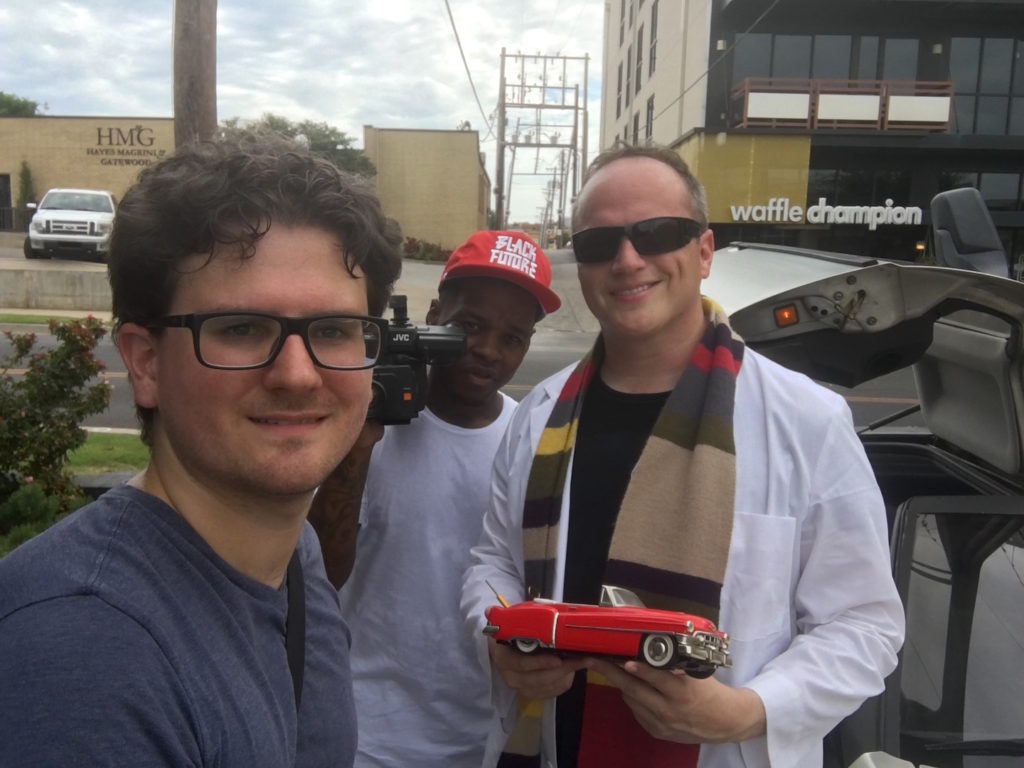 To find the DeLorean, I reached out to some people and Rob Crissinger got me in touch with Adam Lee. Adam was wonderful to work with. He was excited about the project and promoting the local scene in a fun way. If you’re interested, you’ll be able to see his DeLorean up close at Geekinomicon. 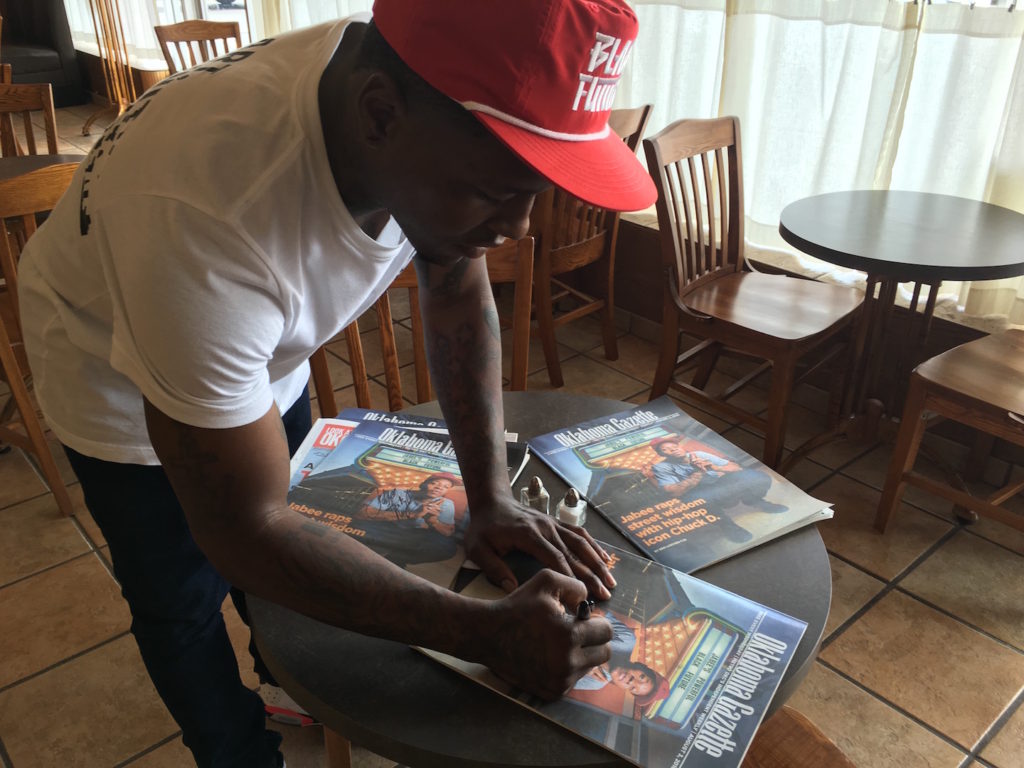 Jabee was also a blast to work with. He loved the project and said it was one of the most fun interviews he’s done. When we were done for the day, he was kind enough to do some autographs for Chris and another girl who was at Prairie Thunder Baking Company (which was where we borrowed the sharpie from). He signed the cover of the Oklahoma Gazette, which featured him. 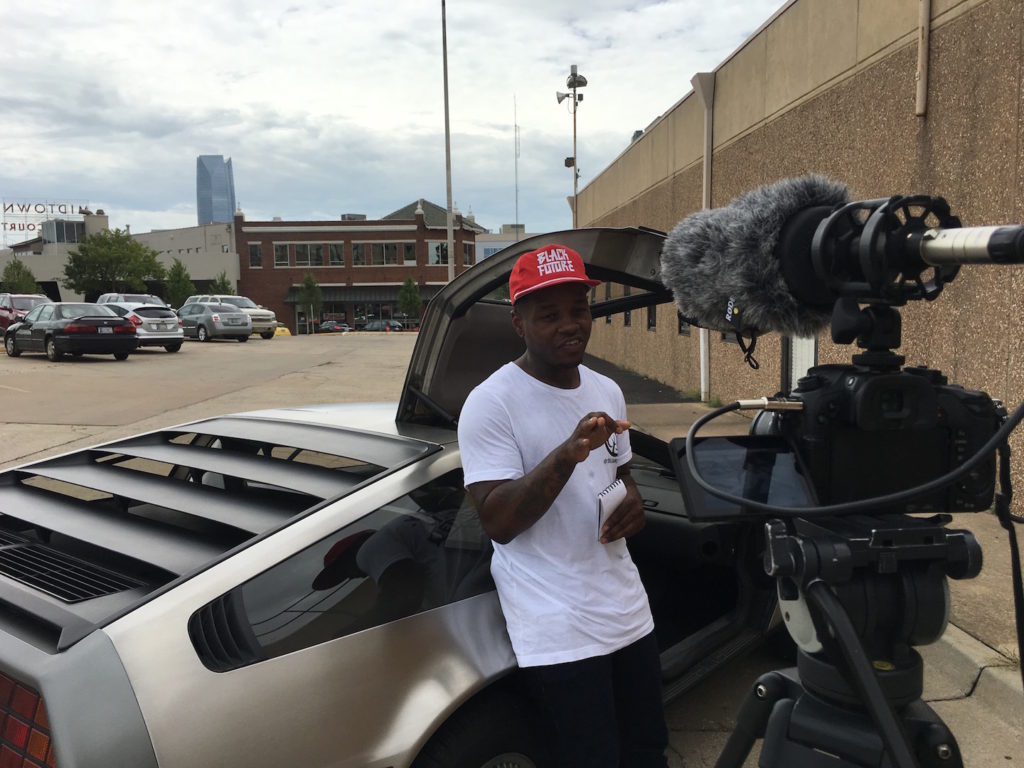 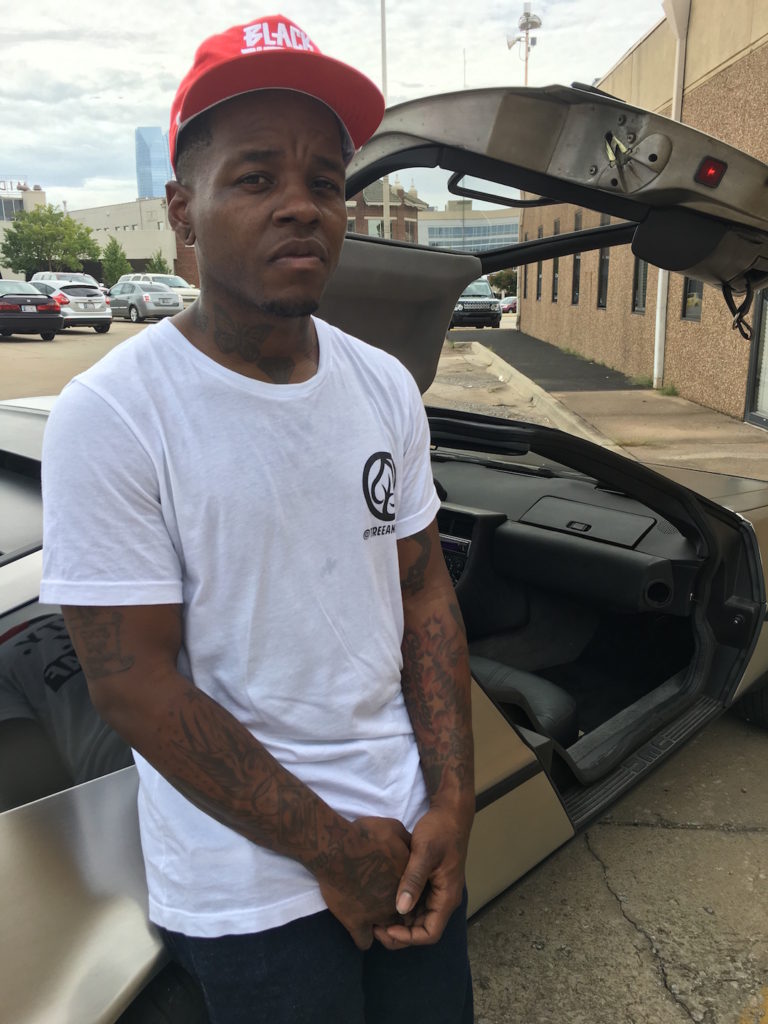 Once we got started, we were on a roll. We only had to do a few takes of each shot and that was more to nail the timing and pacing of the scene. I had re-written the three-page script the day before shooting because I couldn’t get any extras to be zombies. However, I’m glad we didn’t because we went in a different and better direction.

After the interview, we had lunch together. Filming was great. I’m excited to premiere it this Thursday. In the meantime, here are some production stills from the video. 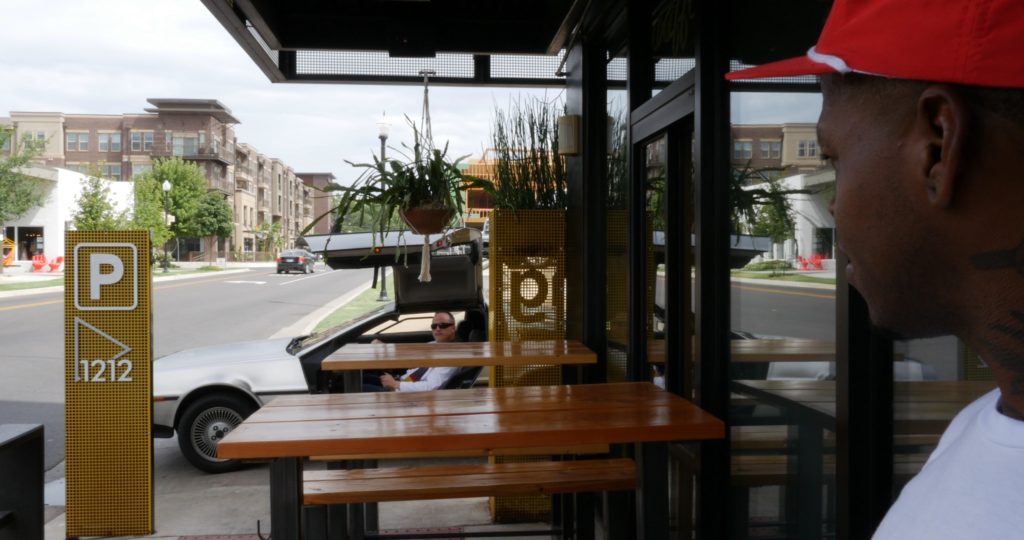 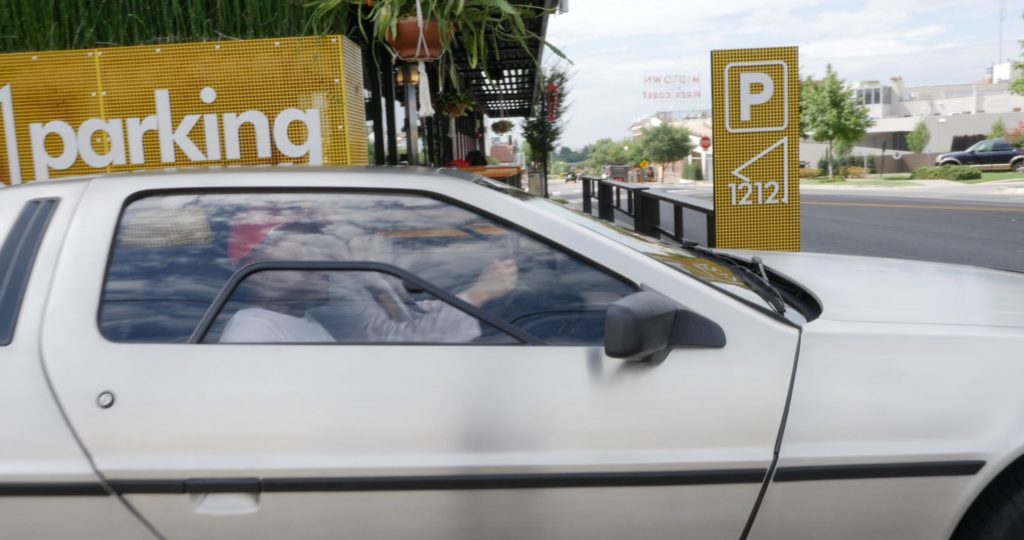 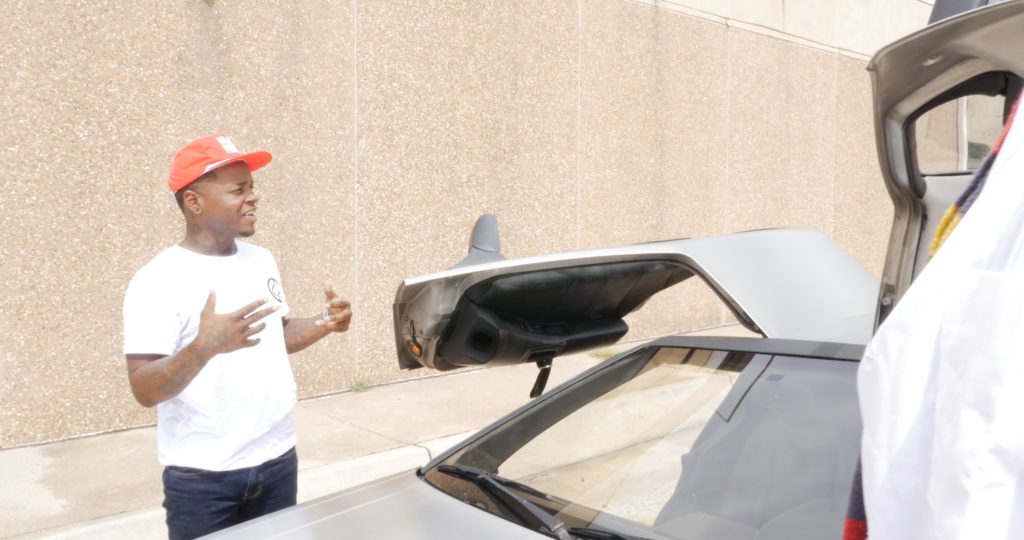 You’ll be able to watch the video, along with an interview with Empire Slice House, this Thursday on Uncovering Oklahoma. The skit and interview will be intertwined, similar to what I did for the Sugar Free Allstars. I hope you check it out then!