The first episode of my new series, Quarter Minutes, has reached the final cut status and is ready to premiere next month! Half of the Mirror episode and a quarter of the Polaroid episode have been filmed as well. In addition, Kristy and I have written scripts for more stories. We are scheduled to do more filming this week. If we can get another episode or two done this week, I may premiere the show a week early, airing it on October 4th instead of the 11th.

In the meantime, here are two behind the scenes pictures from the Summer episode. These are from the Death Jacket story starring Jessi Kyle and Katie Kochelek. The episode was written and then filmed in one afternoon, taking advantage of a swimming pool and a garden terrace. 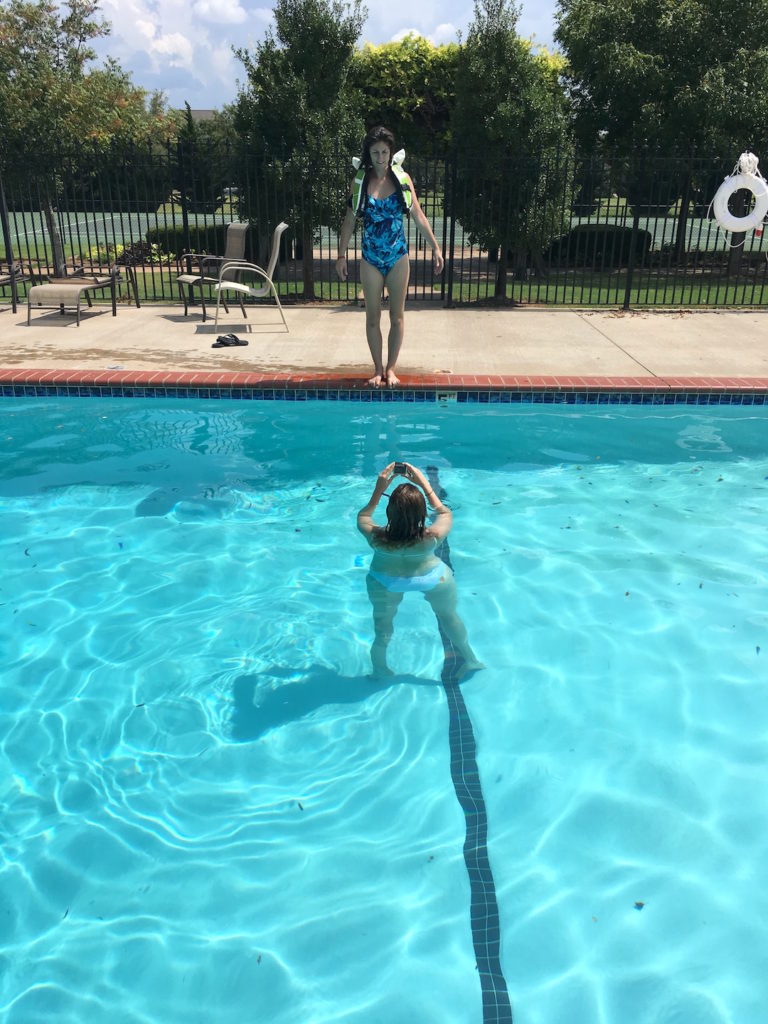