Everything is Fine
In honor of the spookiest time of the year, an exhibition of Curiosities took over MAINSITE Contemporary Art. On Friday, October 14th I viewed the dual exhibition that featured the fantastical work of AK Westerman and comic book-flavored pieces of Bombs Away Art. Each artist captured different aspects of the horror nostalgia, whimsical surrealism and darkly twisted sensibilities the season tends to inspire. While there, I did an Artist Statement Minute video with Dustin Oswald, which I released on the 17th.

Afterward, I ate a Philly cheesesteak from Phill Me Up and traveled to Newcastle for another interview.

Interviewed Newcastle Nightmare. Be on the look for the video next week, if you dare. People are now lining up for when they open at 8.

I met Daniel and Terry Schuldt, the owners of the outdoor haunted attraction, Newcastle Nightmare. Daniel took me on tour of the trail while the sun was still out to get a feel for it. I then did the interview with them and when it got dark, I filmed their haunted trail and zombie hunt. There was a full moon that night and the sky were especially creepy looking. The Newcastle Nightmare video was released on the 20th.

Leslie and I finished the Moonlark Mystery Scavenger Hunt. It was a lot of fun!

Moonlark Mysteries
On Saturday the 15th, Leslie and I participated in the Moonlark Mysteries Scavenger Hunt. The hunt had us visiting Oklahoma City businesses, find hidden clues, and speak secret code phrases with employees, all the while solving riddles and puzzles. The scavenger hunt revolved around a short mystery written by Mr. McCoy about a man, Dale, searching for his son who was kidnapped by the evil Lord Moonlark. As you progress through the local businesses, you are immersed deeper in layers of mystery and suspicions as you discover more about the true nature of Lord Moonlark, his connection to OKC, and Dale’s career working on the secretive Serapis Project.

The game was free and could be started at whenever as the winner would be drawn at random from those that completed the challenge. While we didn’t win, we had a fun three hours running the city.

Art and Harry Potter
After family brunch, I went to the Legacy Parks Art Day event put on by the Norman Arts Council. It was a one-time event to bring attention to the new city park. I also picked up The Witcher 3: Wild Hunt for the PS4 and I’ve been enjoying it throughout the week.

Later in the afternoon, after hanging out with Leslie and Lessa at The Screen Door coffee shop, Lessa and I went to the Harry Potter Festival. I think the best way to describe what happened at the festival was the festival planned and budgeted for like 5,000 people and they got 20,000. While I didn’t do much other than walk around to take pictures, I’m looking forward to next year’s festival.

Space4Lease
On Monday, I met with the band, Space4Lease. They performed a song for me for Uncovering Oklahoma along with an interview. It’s scheduled to be released on November 10th, after their EP album is released. 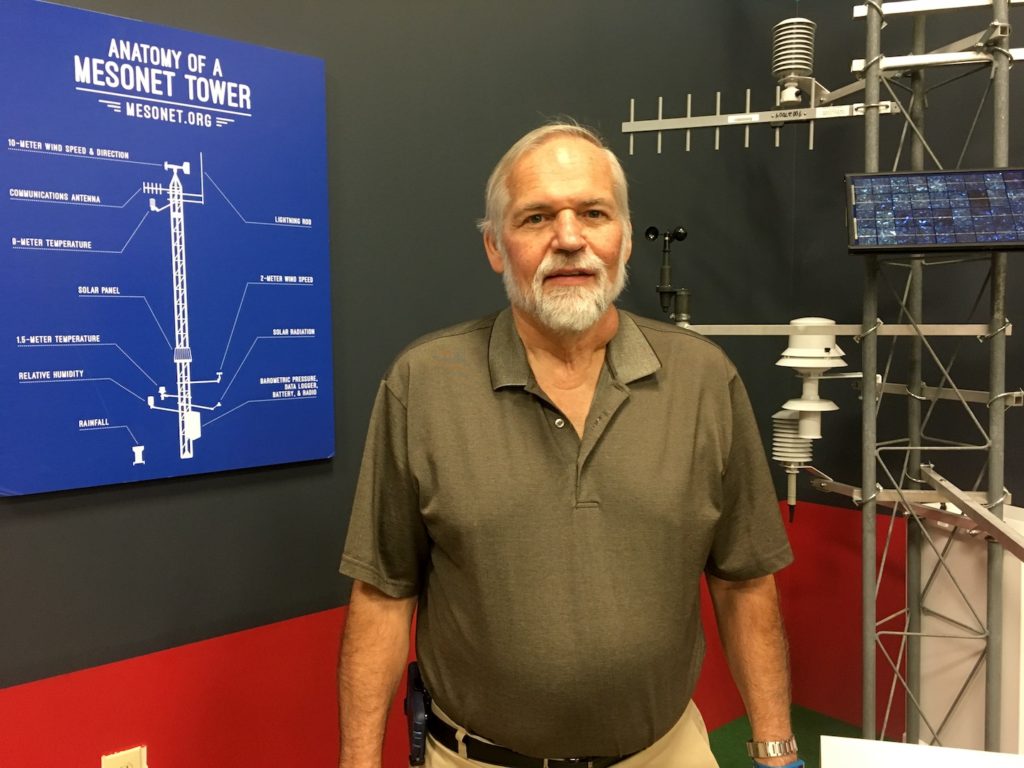 Weather Museum
Interviewed Douglas Forsyth about the new National Weather Museum in Norman on Wednesday. After visiting the museum and someone makes small talk about the weather, you’ll have more to say. While the museum is on the small size, it’s packed with videos and educational facts to keep you busy.

Later that day, I went to the Paseo Arts District and reshot my interview with Amanda. I went out to make sure the interview looked and sounded perfect, including bringing a new portable light kit.

Frack Fest
Thursday night was the opening night of the underground multimedia festival, Frack Fest, in Oklahoma City. My documentary, District Up!, was shown that night. I was honored to have been selected to be one of the opening night movies. Frack Fest was the second film festival where my movie was screened. Thursday was the only night I attended and as you continue reading, you’ll find out why.

Tulsa Road Trip
Went on a bit of a family road trip to Tulsa with my wife and her sisters and their dad to see their grandma on Friday the 21st. Afterward, we visited the Tulsa Botanic Garden, the award-winning Butcher BBQ Stand, and POPS on Route 66. Leslie and I last visited the Tulsa Botanic Garden back in April when they were still working on their new children’s garden area and we wanted to see it finished. While I was there, I took a bunch of photos and so here are a few of my favorites. 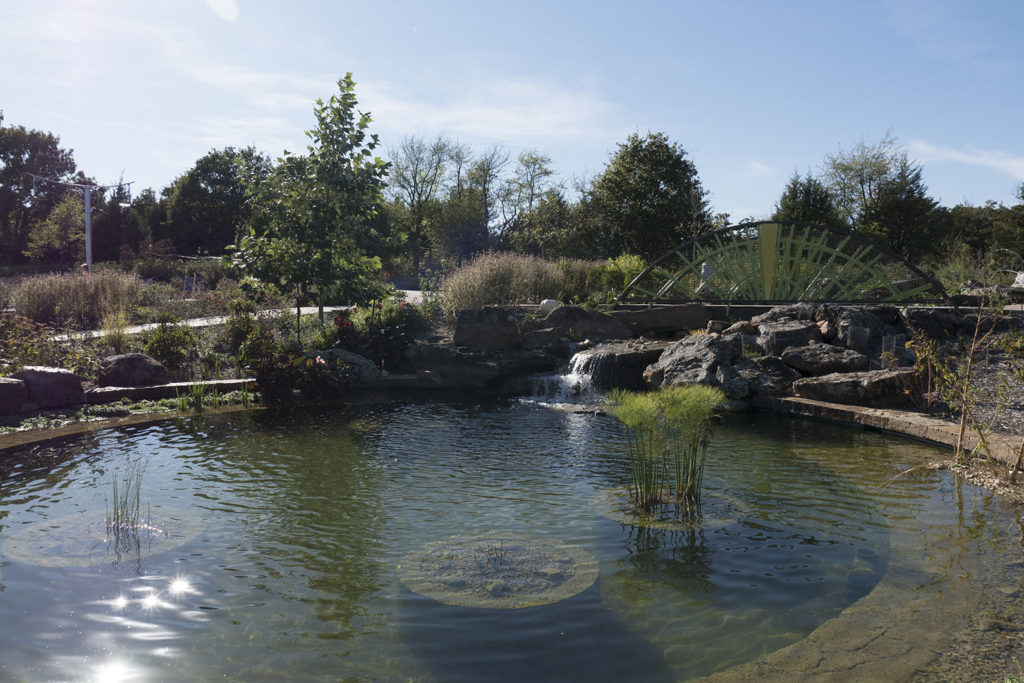 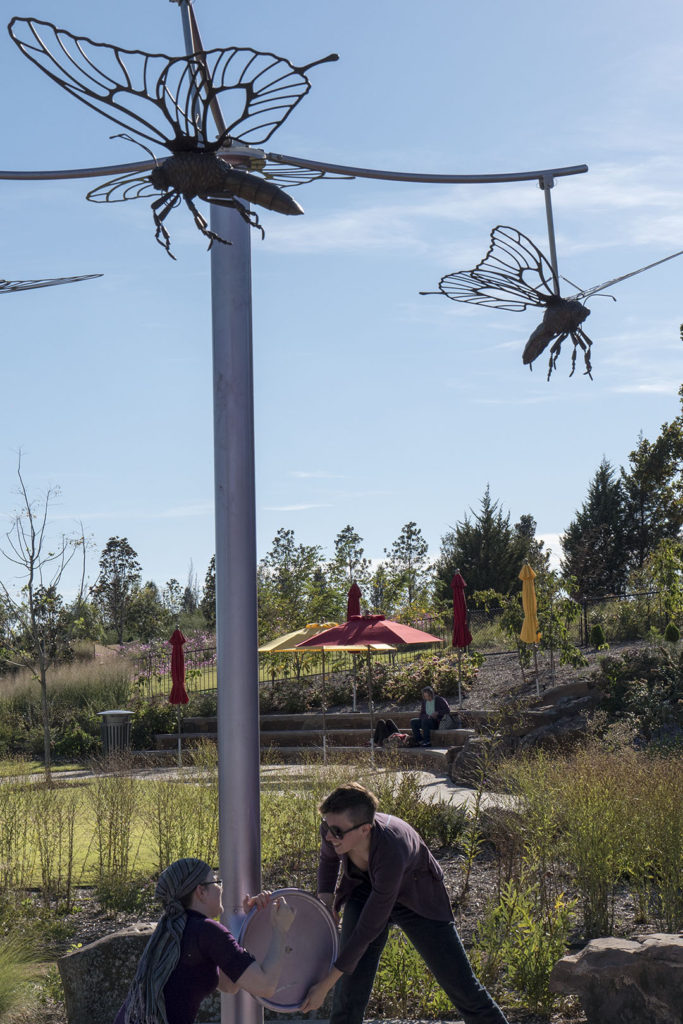 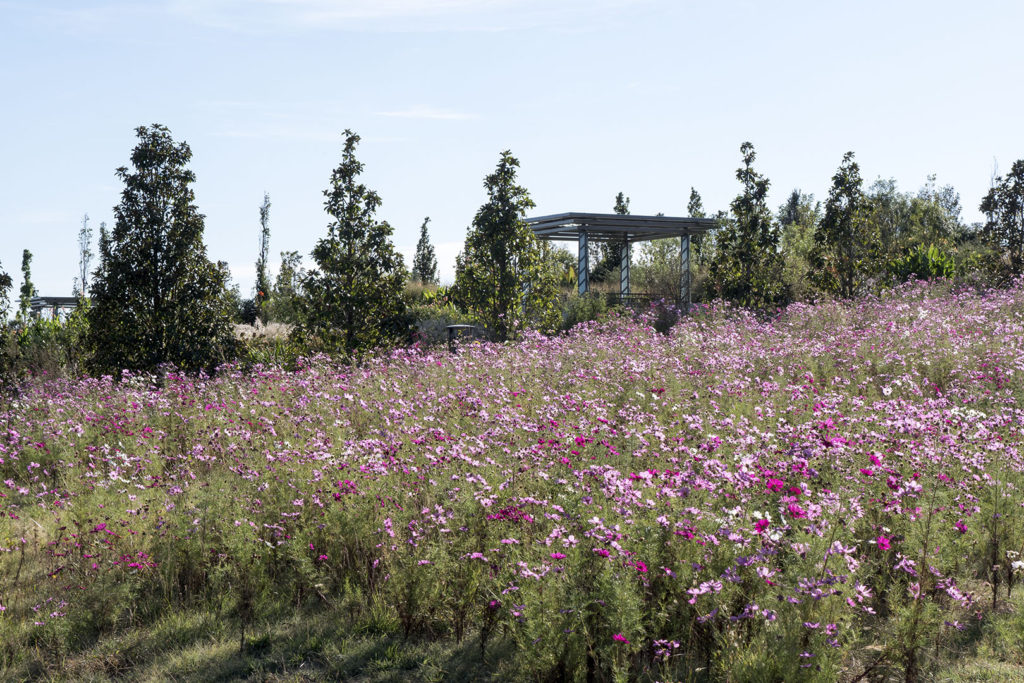 All of us can highly recommend a visit to the Tulsa Botanic Garden. It’s a hidden gem.

Saturday Shindig
Saturday was another busy day. It started with a visit to Fowler VW in Norman to take pictures for Uncovering Oklahoma of their Saturday Shindig. They were celebrating their first year of their new location, which is pretty cool because of the local art it features. Read this article I wrote about their art opening last year if you want to know more about the art. 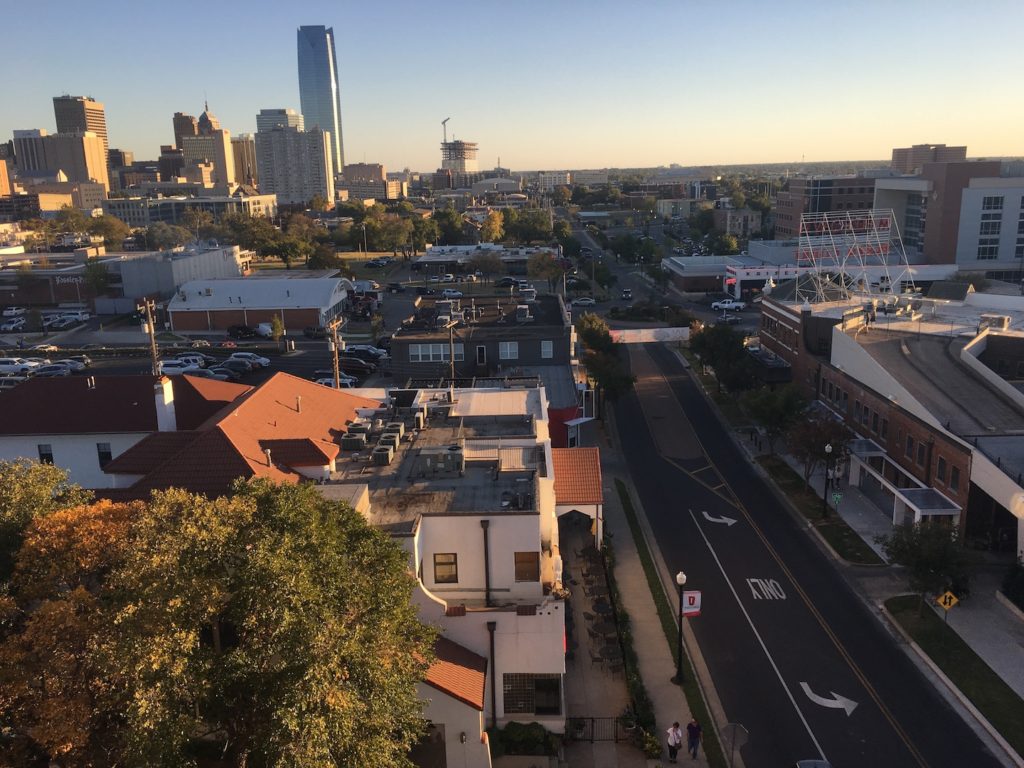 Midtown Walkabout
Later in the evening, Leslie and I went to the second Midtown Walktown in Oklahoma City. We visited the new businesses in the area and we learned of the rooftop bar at the Ambassador. The O Bar is on the seventh floor and features a view that speaks for itself.

That’s my recap of the last week.

The Search for the Tree with Hands