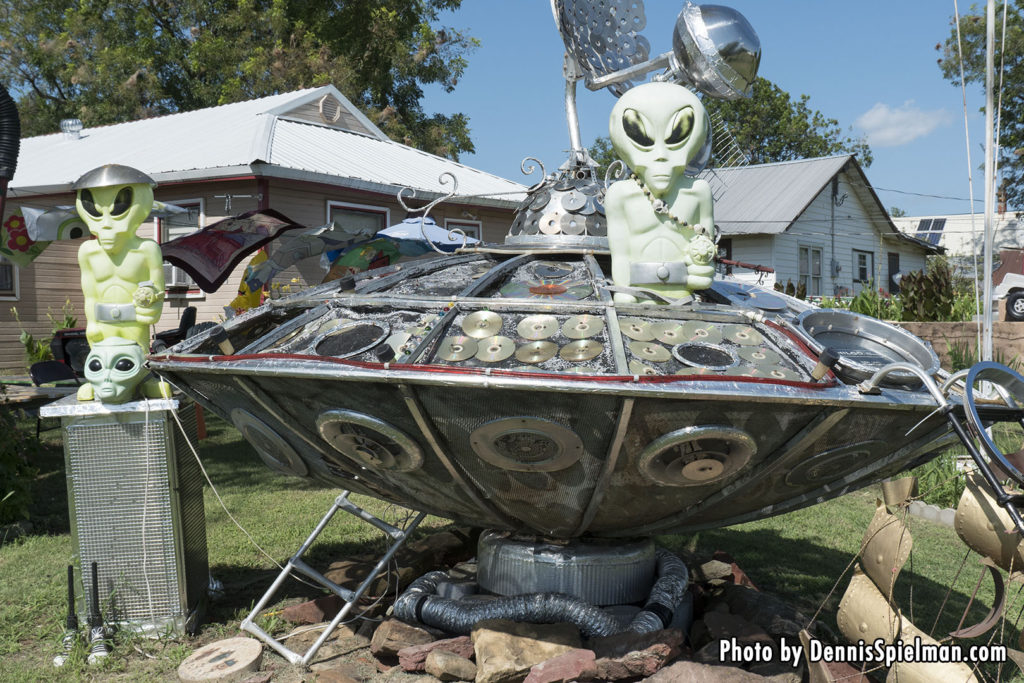 On my way home after doing an interview in Tulsa, I took Route 66 part way home and found the Stroud Spaceport. Created by Vernon (Craig) M. McGuire, the Flying Saucer of Stroud began back in 1994 when a friend gave him an eight foot satellite dish. He had planned on making an umbrella top for a table until another friend gave him another dish, thus having two identical dishes. At that point the creation of The Flying Saucer was born. 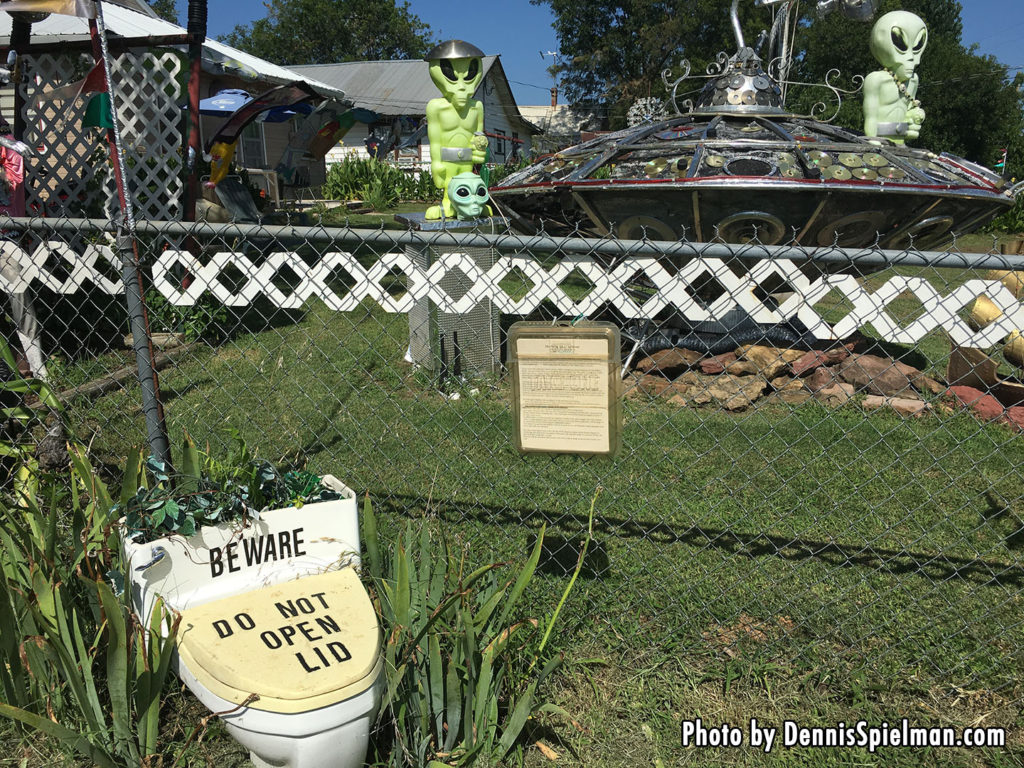 If you’re traveling Route 66 through Stroud, check it out for yourself. You can see it on Main Street (Route 66) just west of N. 8th Ave. It’s a little west of Rock Cafe.

Full Moon Run and Ride, Graphite, and Dig It