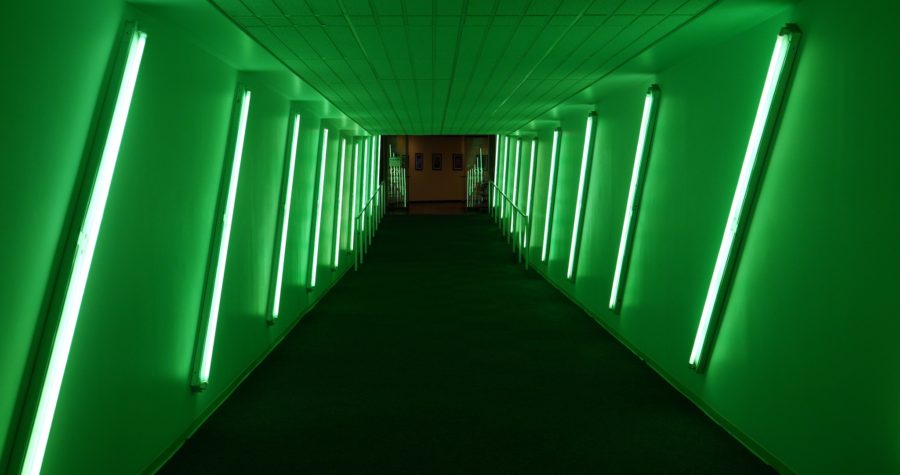 Throughout the month of June on Uncovering Oklahoma, I’ll be highlighting art galleries and museums. To kick off the series is The Underground, which can be best described as a walk-through art installation. The Underground functions as a tunnel system, connecting Downtown Oklahoma City’s skyscrapers, while also containing a few restaurants, art, and historic photographs.

The Underground was the very first video I filmed for Uncovering Oklahoma, back on April 15, 2009. It wasn’t until June 2rd that I released it, uploading it to YouTube. Eight years later, here’s The Underground revisited! I’ve grown a great deal since then and if you’re curious to watch the original video, check it out here. I actually didn’t realize I was coming up on the release anniversary until I was editing the video and thought, “When did I release it?”

One of the biggest changes to the Underground is a rather subtle change: new management. Back when I did my first video on the Underground, people were not allowed to take pictures. When Ali and I went there to film it, security stopped us. They were at least cool enough to call the owner and get me permission on the spot. I made sure to highlight that people can freely take pictures in the tunnel system now.

In this video, I also highlighted sections throughout the whole tunnel as some areas are not as obviously connected, especially when trying to find the Golden Hour. There aren’t many restaurants or shops there. There are just no spaces for rent as it’s essentially a tunnel system. Still, The Underground is a work of art worth exploring.

Thank you to everyone who has watched Uncovering Oklahoma throughout the years!