Fill this story under: “I wish Guthrie had this when I was there.”

Wanting a safe place for their own children to hang out in Guthrie, Laura and John Daigle opened Level Up Arcade, a free play arcade. With games ranging from fighting to racing to shooting, as well as pinball, air hockey, shuffleboard, and more, players can enjoy the arcade for a simple admission fee. No quarters needed (unless you want a capsule toy). In addition to their collection of games, Level Up Arcade features a concession stand and hosts special event nights, like dance and karaoke.

This was my third and last story about Guthrie businesses for the month of February. I got plans to go back again to Guthrie to spend a day filming multiple places.

Visit Level Up Arcade for yourself at 2001 West Oklahoma Avenue in Guthrie or online at LevelUpArcadeOK.com

Focusing on casual comfort wear to take you from the day to the evenings, Boutique 206 is a women’s clothing and accessory shop in Guthrie. Owner Laura Long talks about what shoppers can expect to find at her downtown boutique.

Visit Boutique 206 for yourself at 206 East Oklahoma Avenue in Guthrie.

This is the second of my three stories I filmed about Guthrie places. My Guthrie mini-series is being released on Tuesdays in February, but my supporters on Patreon will get early access to the episodes as thanks for helping to make Uncovering Oklahoma possible! Huge thanks to my superstar supporters: Lynn and Steve Keller-Kenton Family and Revolve Productions.

In historic downtown Guthrie, First Capital Games & Collectibles is a gathering place for people to enjoy and learn about board and card games. Discover games and collectibles not found at big-box retailers.

Visit them for yourself at 116 West Oklahoma Avenue in Guthrie, Oklahoma or online at FirstCapitalGames.com

This is the first of my three stories I filmed about Guthrie places last week. My plan is to release them on Tuesdays in February, but my supporters on Patreon will get early access to the episodes as thanks for helping to make Uncovering Oklahoma possible! Huge thanks to my superstar supporters: Lynn and Steve Keller-Kenton Family and Revolve Productions.

“The Stone Lion Inn Bed & Breakfast in Guthrie, Oklahoma has been featured in numerous books and TV series for its ghost stories. Sam and Geoff team up with The Okie Show Show podcast to check out the paranormal activity in a place that the owner refers to as being “a house with issues.” 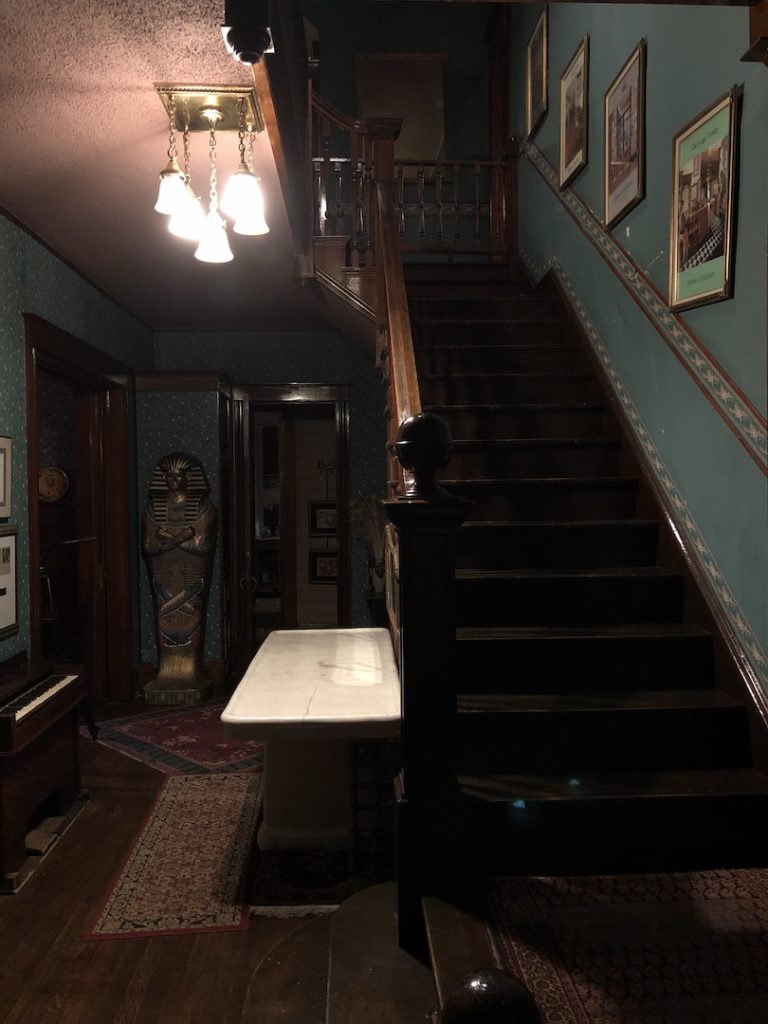 Do I have some behind-the-scenes stories for you about this episode! This whole visiting the Stone Lion Inn was an idea from Brian of the Okie Show Show. He thought it would be fun to do a crossover episode where we would be in character for his show. Since it’s established that Tales Unveiled is a podcast in the show itself, it was natural to work everything in. When recording with them, both Jeff and I would’ve made some jokes, but we held back to keep in character. It was a fun episode to record with a dynamic contrast to our seriousness with the Okie Show Show’s comedy.

True story: The scene with the front door being locked really did happen. However, that’s not the only spooky thing to happen to us.

There are some differences between our two episodes. In Tales Unveiled, we have a prologue with Geoff and Sam exploring the house. The introduction to the interview on Okie Show Show is different than how it happened with Brian leading the discussion. In Tales Unveiled, we stopped recording after the ghost stories, however, the interview continues in Okie Show Show with them talking about making movies at the Stone Lion Inn.

The last scene of the Okie Show Show interview has all of us trying to talk with the spirits in the dark. Being in character, I kept saying there was no such thing as ghosts. When the lights turned on, one of the bulbs burst as if it were a sign. Brain did record this on video if you dare to watch it.

Want to solve a murder mystery or stay the night at the Stone Lion Inn for yourself? Visit www.StoneLionInn.com for more information.

Subscribe to new episodes via Apple Podcasts, Google Play, PodBean, Spotify, Stitcher, YouTube, or right here at Tales Unveiled. Episodes are released on the Second and Forth Fridays.

If you love what we’re doing, want us to keep being artist owned and patron supported, click here. In return, you can get bonus content, including early access to the various shows!

“After being invited to join another podcast group at the Stone Lion Inn in Guthrie, Sam and Geoff arrive early to Oklahoma’s most haunted town to gather more stories while there. Local residents give personal experiences of downtown and Stacey Frazier of the Guthrie Ghost Walk shares a treasure trove of stories about a town where the truth is even more shocking than the legends.” 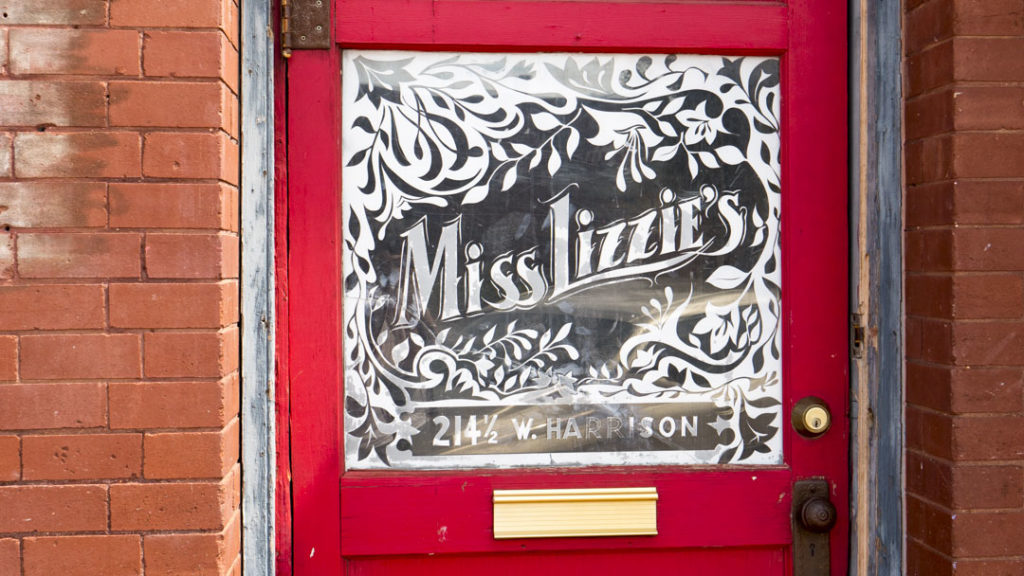 Jeff and I recorded both this episode and the Stone Lion Inn one on the same day, which was a huge time saver. We walked around, trying to get a few people to be interviewed about the area, but we were meet with people not wanting to be recording or didn’t have any stories. It was a Sunday afternoon when we went to Guthrie and a few places were closed. The fabric store, which we had both visited last year for Uncovering Oklahoma, had closed up shop to our surprise. We did manage to get a couple of stories and a great interview from Stacey Frazier.

I’ve been enjoying this mini-arc leading up to the Stone Lion Inn. The voice mail from Brain in this episode was a happy accident. Though miscommunication/misunderstanding, Brain spoke as if we were coming today when I wanted a line to be used before in the last episode on Bricktown. Another happy accident was the timing of the train in the background right when we were talking about the train station. We did comment about it during the interview, but I cut it out for pacing.

Hope you enjoy this episode!

Want to learn more about the ghosts of Guthrie? Take the Guthrie Ghost Walk. Visit www.GuthrieGhostWalk.com for tickets.

Subscribe to new episodes via Apple Podcasts, Google Play, Spotify, Stitcher, YouTube, or right here at Tales Unveiled. Episodes are released on the Second and Forth Fridays.

If you love what we’re doing, want us to keep being artist owned and patron supported, click here. In return, you can get early access to my shows!