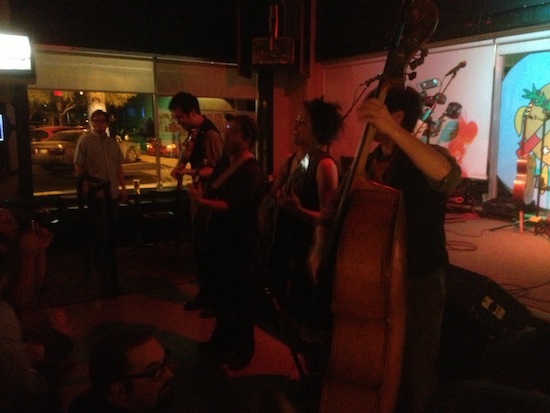 On Wednesday night I went and saw the band, Caravan of Thieves, live at VZDs. They are truly a band that is fun and entertaining to see live. They don’t just rehash their album live. There was so much depth. They interacted with the audience, even dancing with them. The band describes themselves: “If Django Reinhardt, the cast of Stomp and the Beatles all had a party at Tim Burton’s house, Caravan of Thieves would be the band they hired.”

Here’s a video of one of their songs.