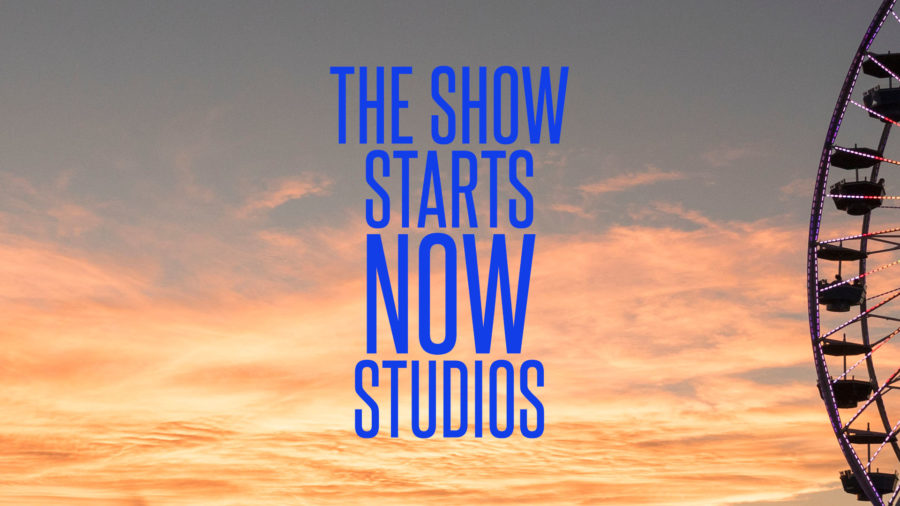 I’m Dennis Spielman, the producer of Uncovering Oklahoma, Yes! Science!, Quarter Minutes, and Colorful Escapes. Today I am excited to publicly announce I am aligning all of my shows under a new non-profit organization, The Show Starts Now Studios.

The Show Starts Now Studios (TSSN Studios) is a collective dedicated to adding adventure, sharing knowledge, and fostering collaboration in people’s lives through shows and events. In a future phase of development, we’ll create a place for studio audience productions in Oklahoma City, with the shows being broadcasted live online. In addition to the shows, we’ll offer film related classes, such as acting, improv, podcast recording, and complete video production.

The primary draw of The Show Starts Now Studios will be the creation of studio audience productions, with the shows being broadcasted live online. You’ll be able to see shows similar to Saturday Night Live, Steven Colbert, Last Week Tonight, and even morning shows and sitcoms. In a way, we’ll also be like an Oklahoma based Netflix, pooling together resources to create shows. When the studio home is complete, we’ll also partner with local schools to allow them to film shows there and have grants for documentary filmmakers. In addition, there will also be public spaces for small filmmakers to borrow or rent for their projects.

Visiting the studio itself will be an experience. The lobby area will have a mix of functions with art, a bar, and a stage for bands. Studio shows will be able to take over the lobby with art that relates to an episode’s theme. For example, if a show is featuring a celebrity, there can be fan art in the lobby. There will also be a dedicated space for art exhibitions not relating to any show. Artists will be allowed to either sell or not sell their artwork.

Shows will be more than their episodes as they’re each have their own element of community engagement. This will range from providing internships, live studio shows having a corresponding art show, shows hosting a festival, doing mini-episodes, having a podcast similar but different from a video series or vice versa, having a comic book version, interacting with fans on social media by using their suggestions for the series, and/or doing a live tour production across the world. Even before the studio is built, shows will start doing events and being at places, like art walks, in an effort to build audiences.

There are some core values I do wish to share here in the overview that encompasses what this studio is about. For starters, the studio will be grounded in collaboration, equality, and transparency. Collaboration will be vital to making everything happen and with that comes equality. For example, shows will be team based with everyone putting in equal work and getting paid equality. This is completely unheard of in the film industry. Just because something was done that way because that’s how it was always been done in the past won’t apply here if there’s a better and fairer way to do it, let’s do it.

For me on Uncovering Oklahoma, I’m all about getting people to led more adventurous lives and getting them outside of their bubble. This personal mission will be applied here as well.

The first phase involved realigning all the shows I currently produce under this parent company. The main mission here was to reveal this studio project, which I’m doing today.

Phase two will involve the creation of new shows, the first of which is a new podcast called Tales Unveiled. Combining real Oklahoma urban legends with a fictional plot line of a greater mystery, Tales Unveiled follows two writers with different pursuits as they team up to unveil stories in their city. Details on the other new shows will be announced when the time comes, but know that there are more in development already.

In phase three, the studio will start the application process to become a 501(c)3 non-profit. As we build a community and resources, we’ll begin building a home to create our shows. As for where exactly the studio will be built, that is up in the air. Oklahoma City is growing and changing, and we’re a few years away from that stage of development. Events and community engagement will also start to become more prevalent in phase three. We’ll do live shows around town to build excitement for what we’re creating here.

What This Means For Current Shows:
For the shows I currently produce, I’m working to make each of them bigger and better. The second season of Yes! Science! starts tomorrow, with plans to produce more types of content. I’m planning to do Colorful Escapes as a monthly documentary series highlighting a weekend in different cities. I’m doing more collaborations for Uncovering Oklahoma, and when I can afford it, bring other people on board. Quarter Minutes will come back as more of a film school.

How You Can Help:

The best way you can right now is to become a Patron on Patreon. Patreon is a platform for creatives to not only earn a living creating things but to engage with their supporters to improve their craft. For a cup of coffee a month, you’ll be able to get early access to shows, vote on what I work on next, as well as exclusive content in The Vault. There are all kinds of rewards for you. Plus I want you to know that I have never charged anyone for coverage, and I never want to get into any situation where I have to choose between an advertiser or a story. I am asking for your contribution to keep being independent.

There are many others ways in which you can help that I’m listing below.

– Collaborate with me on a video.
– Provide a space for filming.
– Sponsorship.
– Meet me for coffee to discuss ideas for the studio, new shows, fun events, and other ideas.
– Bought a table at an event? Invite me to meet new people who might be able to help.
– Give constructive feedback and advice on how to accomplish things.
– Anything else you can think of that will help.

While ambitious, I believe that through the power of collaboration, all things are possible. I’ve been working toward this for years now, brainstorming ideas, meeting talented people, and learning how to make this possible (and still learning).

I thank you for your time and your support.