The Downtown OKC Partnership was the recipient of the Southwest Airlines’ Heart of the Community Grant this past year, and they partnered with the Oklahoma City Parks and Recreation Department, SandRidge Energy, Project for Public Spaces, Common Works Architects, LINGO Construction, and many other stakeholders and experts to add placemaking elements and make Kerr Park more people-centric.

After hosting several community engagement workshops, gathering data from neighbors and citizens, and working with various partners on strategy and design, the enhanced space is now open. In this video, Jill DeLozier, Megan Lee, Elena Madison, and The Holey Kids discuss the transform of Kerr Park. 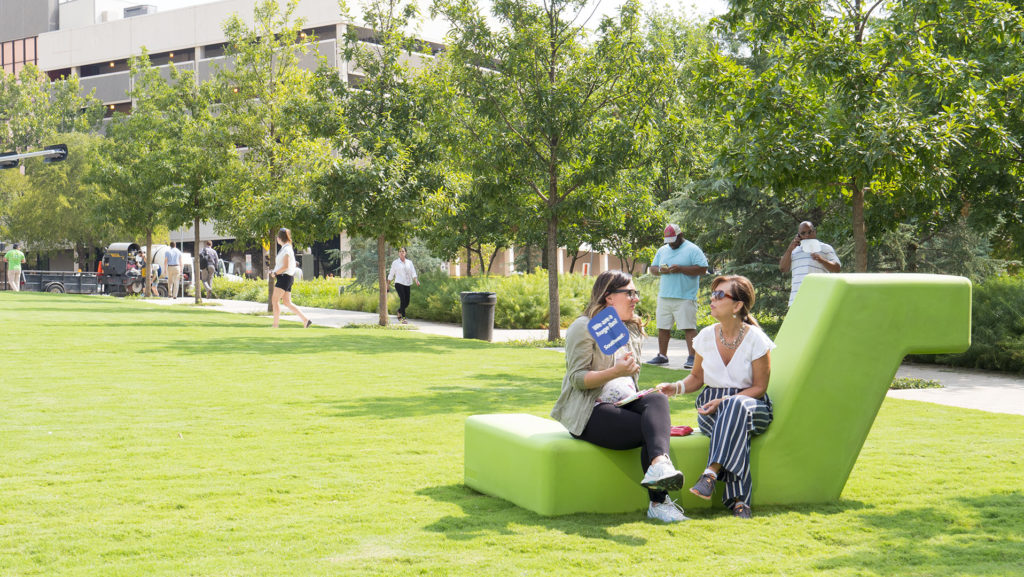 There was a kick-off party on Tuesday, which I attended to filmed these interviews. It’s been interesting watching the project develop. I was at one of the community meetings when Downtown OKC was gathering feedback for the park. I was told that I was probably the only person to have footage of the development from the beginning. I’m looking forward to seeing how Kerr Park grows from here.

Behind the Scenes at Kendall’s Restaurant for Tales Unveiled

Stirring Up the Ghosts at Kendall’s Restaurant